Heterotopias in Heart of Darkness by Joseph Conrad

Oral presentation Spring 2011 at the University of Stavanger, Norway
by Aud Jorunn Hakestad

I have chosen to speak about Heart of Darkness by Joseph Conrad. My thesis for this presentation was how Joseph Conrad's depiction of Africa in this novella could be problematized from a post-colonial view. I looked into the text from the perspective of Michel Foucault's heterotopia and Chinua Achebe's view on racism in the novella. It was therefore important to analyse how places were represented; regarding the setting and the place as metonymy and metaphor. Finally I considered how this depiction influenced the thematised dichotomy light and darkness.

First, in this presentation I want to say how I understand Michel Foucault's article “On Other Spaces” The different places he writes about are both real and metaphors as well. The article says something about society and relations between humans, but as a metaphor the idea of other spaces could also be seen as a state of mind. That means that if we become aware of these structures of places and relations that Foucault points out to us, it can lead us to a different way of thinking. Using this philosophical and irreducable text in a literary analysis can be problematic, but I want to take the chance and use his perspective on the other spaces, the heterotopias in my analysis. These spaces can relate to all other places. Foucault uses the mirror to illustrate how a heterotopia can reflect other places and how all the real sites can be «simultaneously represented, contested, and inverted.» (Foucault 1986).

The spaces in Heart of Darkness can be seen as heterotopias and in this way one kind of space can tell us about other spaces as well. Being at sea can tell us something about being ashore, for instance. The setting in the story is both at sea and in some brief periods ashore in Belgium and Congo. The frame story is set on board a boat and that is important. The anonymous narrator, one of the listeners to Marlow's story, tells us «Between us were [...] the bond of the sea. Besides holding our hearts together through long periods of separation, it had the effect of making us tolerant of each other's yarns - and even convictions.»  (Conrad 2005, p. 1891) The boat is in this respect the kind of heterotopia that can keep its experiences, dreams and thoughts within its limits. It is also a safe and familiar heterotopia both for the listeners and for Marlow. While reparing his boat at the Company's station, he calls the boat «my steamboat» (Ibid. p. 1912), he sleeps on board, as he explains «(I stuck to my salvage night and day)»; the boat is a she, a female and she has «made him love her» (p. 1910). Marlow even calls the boat his «influential friend» (p. 1910). The significance of Marlow staying on board most of the time is shown towards the end of the novel.

He goes ashore once at Kurtz's station to get Kurtz (p. 1937), and later Marlow refers to this experience like a «wrestle with death» and that he «had peeped over the edge himself» (p. 1942).
Going ashore is juxtaposed to being at sea and as I said earlier, Marlow - and his listeners feels more at home at sea. Marlow travels by sea to the sepulchre city, at the continent (Europe, that is), and after that he travels along the shore of Africa and up the river Congo. This sea journey is in itself a heterotopia - a floating kind of space as Foucault calls it.

Going ashore in the colony of Belgium, Congo, he goes into the space of the deviated; where norms are dissolved; where there are no efficiency, no gentlemanship, no humanity. The description of how the natives are treated are grotesque and disturbing. The last kind of space mentioned by Foucault and found in Heart of Darkness is the journey back in time, Foucault calls it a heterochrony. Marlow thinks that going up the river Congo «is like travelling back to the earliest beginnings of time» (p. 1914), and «travelling in the night of first ages» (p. 1916). The dichotomy of the present and the past is juxtaposed.

But besides being the setting of the story, the places can also have a metaphorical meaning or they can represent more than just the place, like a metonymy. The city at the continent reminds Marlow of «whited sepulchre» (p. 1896). The metaphor sepulchre gives the city, a new and expanded meaning, the city appears dead, but still light. White is the colour of innocence, but when one thinks of the process of whitewashing, the meaning could be washing away its sins or trying to hide away the dead and dark. And this city is a metonymy as well, it represents the trading company, the colonizer and the suppressors. Towards the end of the novella, when Marlow revisit the city, he is offended by their lack of knowledge, but have no intention of enlightening them.

The Africa and the African Conrad writes about are a metonymy for all Africa and the African people.When he tells about his passion for maps, the map represents the actual landscape, but the metaphorical meaning is more important here. It is the blank spaces that later on has been filled, and what it has been filled with he recognises on his journey; it is the Europeans, «the faithless pilgrims» (p. 1907), the Companies accountants and the exploring companies; all with their greed for ivory. Or as Kurtz says on his death bed: «The horror!»

Chinua Achebe reacts strongly to Conrad's depiction of Africa and the natives. He says that Conrad only uses the two binaries, silence and frenzy, throughout the novella and only varies the words. (p. 2709). It seems like it's when these descriptions are used metonymically, that Achebe reacts most strongly: «showing us Africa in the mass»(p. 2710) and when Africa is used «as setting and backdrop» it will eliminate the African as human factor. I think that Achebe is putting too much weight into the metonymical interpretation of the places but I still agree with him to some point.

I agree that Marlow is a racist in his comments on the African and that Marlow obviously is using the discourse of the colonial system. Whether Conrad shares his protagonist' s view is another question. Conrad himself writes about the other and the margin from the centre of colonialism and he makes the reader aware of this by locating the frame story on board a boat in the river Thames. So I think the novella is also a critique on how the colonized are treated.

Achebe makes a point on the comparison between the Roman Empire and the British Empire. He sees it as an illustration on how the British have «conquered its darkness» while Africa is still wild and uncivilized. But these two empires can also be laid parallel in order to see similarities and give the colonizer a reminder on how it is to be colonized. Such comparing and juxtaposing is what Foucault thinks is possible in our time of space, in a heterochrony. Marlow predicts in a way the fall of the British Empire. It will only last a «flicker» of time. And several times throughout the novella he tells us about the patience of the jungle: «The high stillness confronted these two figures with its ominous patience, waiting for the passing away of a fantastic invasion.» ( p. 1914)

I have given you some examples on how places are represented in the novella and showed why these places can be seen as heterotopias and Africa as a place of deviation. The deviated are the Europeans and it is their greed, their sick minds that in a way colour the landscape dark. They don't bring enlightenment, only artificial light. It is the effect of colonialism that reveals itself here. Marlow thinks of it as mistakes, that the right idea can redeem the conquest of the earth (p. 1894). He surely speaks from the heart of the empire. So, Conrad writes within the discourse of colonialism and today it would have been intolerable to write about Africa in such a way. But I think that the reason why the novella is still readable, is because Conrad searches the depths of the human mind, the darkness within us. The metaphorical heterotopias can show us that evil can be inside us all and with our background knowledge we can see that violence, oppression and inhumanity are a part of the colonial system.
Sources: 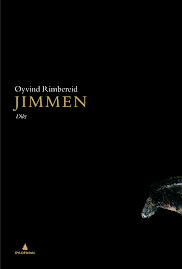